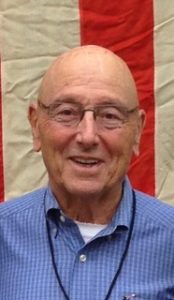 Pete Weitzel, our Director Emeritus is a former managing editor of the Miami Herald, where he worked as a reporter and editor for nearly 40 years. When he was president of the Florida Society of Newspaper Editors in 1984, he established the Florida First Amendment Foundation to serve as a government transparency watchdog and then served as Foundation president until 1995. In that role, he helped draft an amendment to the Florida Constitution guaranteeing citizens a right of access to government records and served on a Florida Supreme Court commission that modified state court rules on court records. He also helped launch the National Freedom of Information Coalition and served as its second president. Working with the American Society of News Editors, he helped launch the first Sunshine Week in 2005. In 1997, he was selected as one of the initial inductees in Florida’s Freedom of Information Hall of Fame. In 2007, he received the John Aubuchon Freedom of the Press Award from the National Press Club for his efforts in support of the public’s right to know. The National Freedom of Information Coalition inducted him into the State Open Government Hall of Fame in 2015.