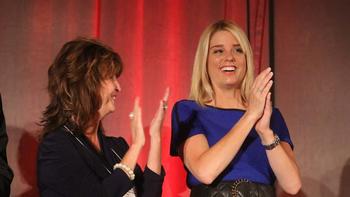 Donald Trump made headlines last week for paying a $2,500 IRS fine for improperly using money from a charity to fund a campaign committee for Florida Attorney General Pam Bondi.

But I’m here to tell you: The wrong person is receiving the brunt of the scrutiny here.

Listen, I understand the global interest in Trump. But when a prosecutor has been asked to investigate someone — and instead takes $25,000 in campaign cash from him — it’s the prosecutor who most needs probing.

That’s why I began digging into this way back in 2013 — long before Trump was even a candidate for the White House.

One day, Bondi’s office told this newspaper it was reviewing complaints from Floridians who said they felt swindled by the Trump Institute affiliate of Trump University.

Then, after the check came in, her office decided not to take any action against Trump. [READ MORE]

The First Amendment Foundation, a nonprofit organization dedicated to protecting and advancing the public’s constitutional right to open government, has a legal fellowship position available for 3L … END_OF_DOCUMENT_TOKEN_TO_BE_REPLACED

Child welfare authorities’ refusal, for well over a year, to hand over documents detailing the state’s failed efforts to protect a Miami toddler will cost Florida taxpayers $376,665 — money that … END_OF_DOCUMENT_TOKEN_TO_BE_REPLACED

Position Summary: The Florida First Amendment Foundation (FAF), the state's leading advocate for open government, seeks a dynamic professional to lead the nonprofit as it embarks on significant … END_OF_DOCUMENT_TOKEN_TO_BE_REPLACED