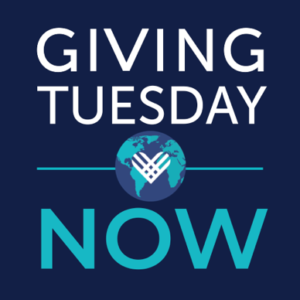 You may be surprised to learn that, despite the stay-at-home orders, our work at the First Amendment Foundation has been busier than ever. Even with our dogs barking in the background, we have been fielding calls from journalists, citizens and officials regarding open government and public participation. While my son attended his virtual math class from his “man cave,” I found a quiet corner in the dining room, so a reporter from Phoenix, Arizona could interview me (and others) via Zoom about governments twisting and abusing privacy laws to hide information. The demand for our work at FAF continues at a heightened pace.

Earlier this month, I wrote an op-ed that was circulated and published by several member news organizations. The op-ed expressed frustration that critical health information was being intentionally withheld by the government and called upon Gov. Ron DeSantis to release records of COVID infections in nursing homes that had been requested by journalists for weeks. Days later, the DeSantis administration released some of that information. But we joined a half-dozen media companies this week in a lawsuit demanding he release the rest of it.

The op-ed generated a number of responses encouraging FAF to “keep up the fight for open government.” There was one in particular that I’d like to share with you. It reads:

Dear Pamela, I read your article in today’s paper. I am a 93-year-old resident of an assisted living facility. We are now having no visitors and dining in our apartments. So far as I know we have no virus cases here. A sister facility in Pensacola now has several with one death so far. I have been here for over three years, and Sacred Heart Hospital (close by) sends technicians here to get blood for lab work. We all love our workers, but do not know anything about where they live when they go home. These are low wage earners, and I am concerned about the people they are in contact with when at home. They do wear masks, gloves, etc. When they come on duty their temperature is taken. I was thinking Sacred Heart Hospital could do the virus test since they come here anyway. I would not mind having the test myself. From the very beginning I have been concerned about a lack of testing in the whole country. I know if a test is negative it doesn’t mean they won’t get it later, but would feel more secure if there was testing. Thank you for your work.

This writer shared not only her gratitude for our work, but also offered a creative idea about how to test more people for COVID conveniently and efficiently. We are deeply grateful for her support.

Here are some other issues we have recently weighed in on:

Our work is for you. We work every day to protect your right of access to records and your right to participate in government decisions. That’s especially critical now, when government oversight and insistence on transparency is critical to our survival of this pandemic.

On May 5th, FAF is participating in #GivingTuesdayNow, a global day of giving to support communities and nonprofits that are struggling during this public health crisis and economic downturn. This new day of giving is meant to initiate generosity, engagement, and action. Every dollar you give will be matched up to $10,000, so your gift will work twice as hard.

If you value our work — and I know you do – please take the time to invest in the First Amendment Foundation and our work. We are a 501(c)(3) non-profit organization, and we won’t survive without your support.

With best wishes for your families and your health,